UPDATED 24-Feb-17
This article has been updated to reflect enhancements to the seasons feature released this weekend.

We recently started capturing the results of your matches. I hope you’ve been adding them as you’re now going to find out why

Seasons is a simple concept which follows the notion of a domestic football league. 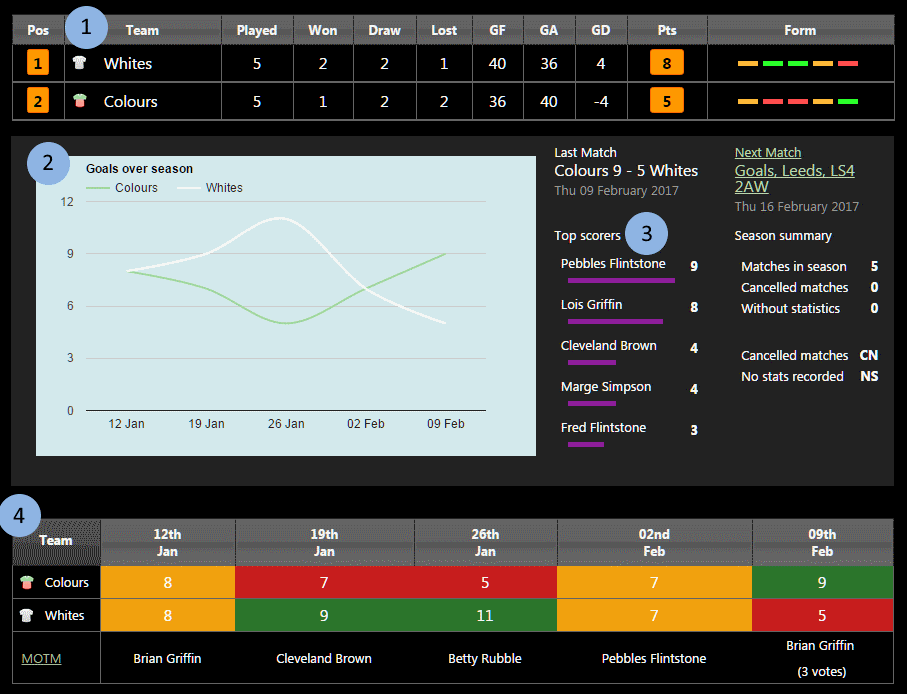 Here we can see:

Particularly useful if you use the same sides each week, you can see how they marry up over time.

You can also see how you performed over the season. It’s like your own Opta Sports statistician! * 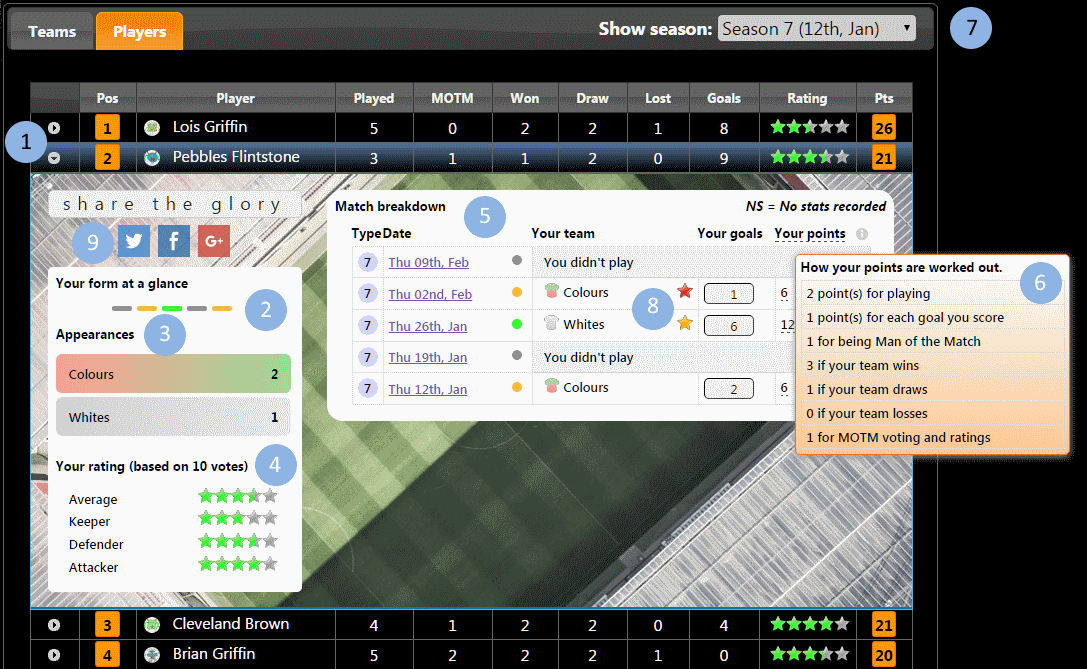 As you can see, there’s a lot of information here!

How points are calculated

There are a variety of points available for individuals. 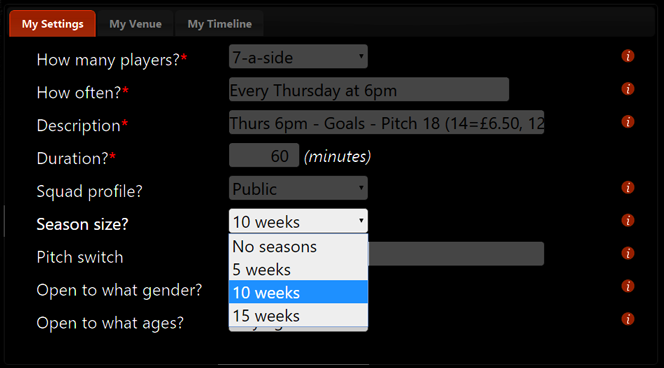 Seasons can be 5, 10 or 15 matches long, depending on the preference of you and your squad.

Don’t like the seasons feature? That’s fine, just select No Seasons instead.

All this can be changed from your squad dashboard (my squads => squad template).

Find someone is making up how many goals they’ve scored? Managers can review and change the goals scored by players on their stats screen.

Hope you find the new seasons feature brings out the banter in your matches a little more. How are you finding it?

And remember, you can also suggest improvements.

Until next time!
Team TP.

OK, not quite, but you can see the analogy